Most of my work is situated along the lines of my identity. It should not be surprising, then, that since I am black + female + immigrant, my philosophical concerns revolve around the experiences of racialized, gendered, and marginalized people. But why should I preoccupy myself with such “stereotypical” concerns? By doing so I am certainly contributing the “ghettoization” of certain fields within philosophy -the fact that women and people of colour tend to work in disciplines such as feminist philosophy and philosophy of race. The “stereotypical” nature of my concerns does not, however, bother me. First, because I think this is a necessary work. Second, because I think that people who exist along certain lines of social disadvantage are well-positioned to challenge them. In making my case I do not wish to ignore the important role that whites and/or males play in teaching and researching issues of political inequality, race and gender. I aim instead to offer reasons why it remains crucial for those who occupy certain social positions to also occupy certain fields.

First, why do I find this work necessary? Because people of colour and non-male-gendered persons in our society are living, but surviving badly. And of course, as with all generalizations, this prescriptive statement does not cover all cases. Beyoncé, Jay Z, Barack and Michelle Obama are certainly living quite well. But cases such as theirs aside, “living, but surviving badly” is for me another way of looking at what it means to be oppressed. To live a racialized or gendered existence (in this society) is, by many objective standards of well-being, to be faced with a continual interruption of one’s ability to flourish by circumstances beyond one’s control. The consequences of this vary, from being faced with barriers to personal growth and advancement to having to pay a much dearer price. The ultimate price of social inequality is death: physical, in the form of illness, assault, and disease; and social, in the form of stigmatization, criminalization and incarceration.

I find the fact that certain people are living but surviving badly for reasons beyond their control to be morally egregious. Our social world was not randomly instantiated. The chains of cause-and-effect set in motion many generations ago resulted from a series of intentional, though sometimes ignorant, acts. And because of those acts and decisions that continue to be made in a similar spirit, we are faced with the difficult task of dismantling structures even as they continue to reproduce. These structures of domination are as elusive as they are stubborn. The work of figuring out how to tear them apart is, to me, a morally necessary work.

To answer the second question, of why I feel well-positioned to do the work, I must return to my social situation. My experience of living at the intersection of certain identities makes me relatively confident that when I diagnose certain cases as morally wrong that I am right. Which does not mean that I cannot be wrong, but proving that will require more than pointing out errors in reasoning. The reality of some forms of oppression and how they come to harm people by proximity or proxy strikes me as obvious. When Elizabeth Smith-McCrossin, the Nova Scotian MP, said that Jamaica had a “productivity problem” because it had legalized marijuana, I felt personally affronted not only because I am a Jamaican who works hard but because my family is composed of Jamaicans who have worked, and continue to work, hard. Smith-McCrossin’s comments epitomize to me the carelessness of some forms of white ignorance. She stood in a representative position of power and debated against a bill (that has the power to change the relationship between blacks and the criminal justice system) with false facts on hand. While the MP has since apologized for her ignorance, she should have known better. Jamaica does not have a “productivity problem” because some Jamaicans smoke weed but because of how the island has been economically positioned as a former British colony whose people were once enslaved. Actions of the dominant + Decisions made in the current social structure = Consequences for the disadvantaged. I knew she was wrong about what she said from the moment she said it. And I didn’t need anyone to explain to me why.

People who exist at certain intersections of identity should therefore occupy certain spaces because they have epistemic insight into experiences that philosophy needs to be a discipline that aims to accurately represent the world. This prescriptive statement is, again, a generalization. People cannot be painted with broad strokes and should be permitted to pursue whatever field of study their hearts desire. But the fact that many desire to work in particular fields should not be perceived as a “ghettoization” unless they were placed there against their will. And if that were the case, the “ghettoization” would not result from people desiring to work in certain fields but from being provided with a limited range of options. As for me, I have chosen to occupy the space I do. And I would not have it any other way. 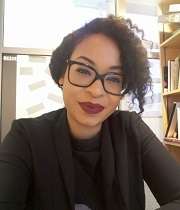 Tiffany Gordon is a second-year PhD. student in Philosophy at Dalhousie University. Her areas of research include social and political thought, philosophy of race and feminist philosophy. She is particularly interested in the gap between formal and substantive inequality in Canada and the ways in which knowledge systems work to obscure minority experiences of oppression.

Facebook
Twitter
WhatsApp
Linkedin
ReddIt
Email
Print
Previous articleOn Diversifying the Classroom from Within: An Interview with Perry Zurn
Next articleImprints in Time: a Moderately Robust Past