“You go to women? Do not forget the whip!” I was an undergraduate philosophy major when I first read those infamous words by Friedrich Nietzsche. I had already fallen deeply in love with philosophy and was writing my senior thesis on Thus Spoke Zarathustra when that sentence presented itself to me. To be honest, at the time I didn’t know how to handle it. When I declared as a philosophy major I was the only woman in the philosophy program, or even in the philosophy department. I didn’t care, because I was that committed to studying philosophy—even if I was the only woman doing it. Nietzsche’s declaration felt like a betrayal. I had trusted and admired him enough to open my mind to his thought, but that sentence made it clear to me that he was not interested in speaking to me. I was hurt, and I was struggling, but I didn’t want to be that woman, the woman who makes all the men in the department uncomfortable by pointing out the sexism in their favorite thinkers. So I sidelined my own discomfort and wrote through the pain, hoping that if I ignored it the discomfort would just disappear.

That sentence came back to me lately. I’ve been reflecting on the ways studying philosophy can be a betrayal of trust, and a betrayal of self. Philosophy welcomed me in with open arms, but once I stepped into its embrace it began battering me with all the ways I am not fit to be a philosopher, or even a full human person. It has not stopped. Looking back as an advanced graduate student, I see how this encounter with Nietzsche harmed me both personally and philosophically. And now I’m watching many of my younger colleagues go through this same harm.

Philosophy does not act this way with everyone: this kind of treatment seems to be unique to people from underrepresented groups, and it speaks to an ethical dilemma frequently overlooked in efforts to diversify philosophy. Philosophy as a community seems to have begun to recognize the importance of being more inclusive of people from underrepresented groups. This is an incredibly important step, that I do not want to underemphasize. At the same time, while philosophy seems to be more interested in including diverse philosophers, it is much less interested in challenging the status of philosophers who have been hostile to diversity, or in exploring ethical ways of teaching philosophers who have upheld the oppression of marginalized people. Philosophers like Aristotle, Kant, Hegel, Nietzsche, and in some circles Heidegger, are still considered to be untouchable philosophical giants who every serious student of philosophy must study. They are also all philosophers who have explicitly normalized the oppression of traditionally marginalized people.

When we recruit people from underrepresented groups without decolonizing the canon, we essentially teach them how to become experts in the justifications for their own oppression. During her paper “Dance as Native Performative Knowledge” at the 2018 APA Pacific divisional meeting, Shay Welch noted that philosophy is deeply entrenched in colonialism, meaning that Native American philosophers are required to study thinkers and writings that directly participate in their own violent colonization. This requirement is fundamentally unethical. It is unethical to affirm that people from underrepresented groups have a place in the discipline of philosophy while simultaneously requiring that in order to become “proper” philosophers they must study the work of their oppressors.

I have had the great privilege of studying philosophy in three excellent philosophy departments, and I am truly grateful for that privilege. My time spent studying philosophy has, in many ways, helped me develop into the person I am today. I’ve also realized lately that I have devoted my entire adult life thus far to working in a discipline with a canon that explicitly argues for my inferiority. Because of my thorough training in three excellent philosophy departments, I am well versed in this canon. I know exactly why Aristotle, Kant, Hegel, Nietzsche, and friends think I am inferior. I know exactly why they think I don’t belong in philosophy. I’ve been blessed with mentors and colleagues who have helped me critically engage with the canon in a way that has kept me in philosophy, and has kept philosophy from doing too much damage to me, but not all people from underrepresented groups have this kind of support. And I still wonder about the damage that has been done. I still grapple with how to give so much of myself to a field that has so casually dismissed my worth.

And so I close with a call. A call for philosophy as a discipline to do the difficult and terrifying work of exposing the flaws in our heroes, and reevaluating the significance we’ve attached to those heroes in the first place. I’m not suggesting that we refuse to study philosophers who normalize oppression; this would be erasing philosophy’s history of oppression, not addressing it. I am suggesting philosophy, and philosophers, need to spend more time seriously considering how we can ethically engage with philosophers who normalize oppression in ways that both acknowledge and work to counteract the damage done by those philosophers. If philosophy cannot do that then it will continue to be a discipline inherently hostile to traditionally marginalized people. And it will continue to impose unethical demands on people from underrepresented groups. 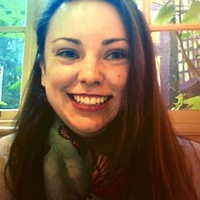 Miranda Pilipchuk (she/her/hers) is a PhD student in the Department of Philosophy at Villanova University, specializing in intersectional feminist theories and critical philosophies of race. She is the recipient of the Social Sciences and Humanities Research Council of Canada Doctoral Fellowship, the Sir James Lougheed Award of Distinction, the Villanova University Gender and Women’s Studies Graduate Research Award, and is a two-time winner of the Greater Philadelphia Women’s Studies Consortium Graduate Research Award. She is the founding organizer of Villanova MAP, a PIKSI-Boston teaching fellow, and an appointed member of the inaugural American Philosophical Association Graduate Student Council. Follow Miranda on Twitter @mdpilipchuk.

Philosophy in the Contemporary World: Bisexuality and the Culture of Professional...

Diversity and Inclusiveness May 31, 2017