Trauma, Transformation and the Rationality of Desire

Amber Rose Carlson presented a paper for the U.S. Midwest Society for Women in Philosophy (SWIP) session at the APA Central Division Meeting in March 2017 in Kansas City.  Here she shares some insights into her critique of Jennifer Lackey’s research into punishment.

What was the focus of your paper specifically?

In my paper “Trauma, Transformation, and the Rationality of Desire,” I critique Jennifer Lackey’s argument against natural life sentences. In particular, I argue that her failed attention to trauma undermines her argument and does a disservice to trauma victims.

I begin the paper by detailing my own trauma history: I was raped for a three year span between the ages of 13 and 16. I use my experience to explain how a recent series of thought experiments lead me to the realization that I desire a permanent punishment for my rapist: I realized I would only be satisfied with a death or natural life sentence.

In her article, “The Irrationality of Natural Life Sentences,” Lackey offers a uniquely epistemic argument against natural life sentences. Because we have good reasons to think that criminals can and do change, and because we do not know the future, Lackey argues that it is irrational to grant permanent punishments. Lackey only discusses natural life sentences in her article, but her emphasis on permanence implies that her view would also condemn the death penalty as well.

After reading Lackey’s argument, I had to wonder if I, too, was irrational for desiring permanent punishment for my rapist. Although Lackey gave little attention to victims’ desires in her article, her argument was gripping because there is nothing in it prohibiting its application to victims’ desires. As it stands, her article strongly suggests that victims desiring retribution are behaving irrationally.

I critique Lackey’s argument by rejecting her emphasis on transformation. It matters very little to me if my rapist is transformed at some point in his life—and I am not alone in desiring retribution for my rapist regardless of however he might transform. Simply put, there are other reasons a victim might want a permanent punishment for her rapist. In my case retribution seems appropriate given the amount of damage he wrought in my life. When Lackey fails to notice how her argument impacts trauma victims, she runs the risk of suggesting that trauma victims are irrational if they do not hold her view. We must take this risk seriously, as it would do further damage to harms already incurred.

What do you think were the most interesting or contentious points that came up during the session?

In my paper I am forthcoming about my own retributive desires. I expected this to be a contentious admission since social justice theories trend away from those heavily involving retribution (for good reasons, in many cases). To my surprise, however, audience members admitted feeling positively challenged to rethink their anti-retributivist views in ways that would render their own social justice perspectives more attentive to trauma victims.

Relatedly, audience members asked if torture would be a more appropriate punishment than death or natural life sentences for my rapist. They suggested that death might be an easy way out, noting that it is not quite commensurate with the damage done by prolonged and repeated rape. I find it fascinating that audience members suggested additional punishments when I expected resistance to the very idea of retribution. I think the idea of instituting torture as a legitimate form of punishment is the most contentious suggestion to arise from my session.

What sorts of discussions took place with the audience?

The audience was also interested in what ways, if any, philosophy might help rape victims heal from trauma. They asked me which fields were especially helpful in my own healing. While I now think that there are many ways philosophy can help victims, I seemed to surprise the audience by revealing that the most important aspects of my healing had to do with metaphysics and epistemology. With prolonged and repeated rape, the power dynamics significantly influenced my worldview. I spent most of my time in therapy rebuilding my world and my self—trying to figure out which beliefs about reality were accurate, and which were false representations imbued by my rapist in his effort to control and abuse me. Of course, figuring out how to arbitrate between competing truth claims was centrally important to healing.

What do you hope participants will take away from the session?

Narrowly, I hope that this paper gives pause to those who are compelled by Lackey’s argument. No doubt her overarching commitment to critiquing the current criminal justice system will be attractive to many (including myself). Her unique contribution, however, is her epistemic argument. Insofar as her argument has the potential to cause further harm to certain trauma victims, it is at least an argument that needs amendments.

By extension, I hope that my research reveals the importance of considering victim perspectives when making arguments. In philosophy and public discourse, victim perspectives are too often overlooked, to the detriment of both victims and the arguments themselves. And so, broadly, I hope my research encourages scholars to take a victim-centered approach with both philosophy and public discourse. 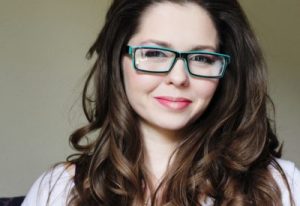 Amber Rose Carlson is a PhD candidate in philosophy at Vanderbilt University who specializes in social epistemology, feminist philosophy, and trauma theory. Holding graduate degrees from Princeton Theological Seminary (M.Div), Texas A&M (M.A., philosophy), and the University of Notre Dame (M.A., philosophy), Amber supplements her specializations with a broad philosophical background. In addition to her research, Amber works for women’s rights as a writer and advocate, with a specific focus on sexual assault.

Authenticity, Reality and Being

How Do We Separate Truth From Rhetoric?

You Can’t Force It: Doug Anderson on American Philosophy