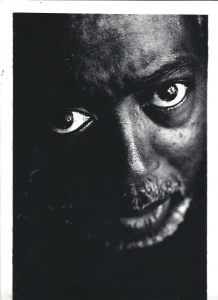 I write this op-ed to express my view of Texas A&M University’s President Michael K. Young’s commentary on Professor Tommy Curry, which helps explain why the Philosophy Born of Struggle annual conference is not being held as originally scheduled this year.  It was to occur at Texas A&M University in November 2017.

The Chronicle of Higher Education’s article, “Who’s Left to Defend Curry” (8/4, Vol. LXIII: 42) and Inside Higher Ed article “Furor Over Philosopher’s Comments on Violence Against White People” (5/11/17), established that Texas A&M University’s administration is not likely to defend Professor Tommy Curry against physical threats nor disparagement of his reputation.  The articles left unanswered: Why did the supposedly good intentions of President Young create bad outcomes?  The President initiated criticism of Curry’s 2012 comment using a known misinterpretation in 2017, which has resulted in death threats against Professor Curry.

Other philosophers of color, whether Anthony Appiah, George Yancy, Linda Alcoff, Angela Davis, or Cornel West (and many others) have received death threats and condemnation by avowed racists. I have received letters with pictures of a black man being lynched. But none of us have received such because the presidents of our institutions cast disparagement on our intrinsic moral character.

Rod Dreher, the American Conservative white nationalist blogger, obfuscated Professor Curry’s 2012 Redding News Review interview, “Does the Black community ever need to own guns?”  President Young wrote Curry that his comments were “disturbing” and contrary to “core values of the university.”

What was supposedly disturbing and against the core values of the university?  Curry discussed why Black people were denied the entitlement to defend themselves. It should be emphasized: Professor Curry did not advocate random killing of white people.

If the motivation and intention were to be heroic, race-blind stewards against race-based violence, black or white initiated, a white blogger apparently could be used without impunity if the target of criticism was someone supposed all and sundry would see as violence prone: a young black male. Supporting the President, some faculty, members of the alumni association, and SupportAggies failed to do due-diligence because it was prima facia plausible to them that an accused “black male” is ipso facto violent.

The Office of the President of Texas A&M surreptitiously equated “black” protests– with Curry as emblematic of the black community– with white KKK-oriented protests, thereby allowing the white community a form of innocence because it was not the only source of intolerable behavior. That is the answer to “why” the equation occurred.

Professor Curry, the Director of Philosophy Born of Struggle (PBS), which sponsors philosophy conferences (the last at Texas A&M University in 2016) and its Board are not willing to expose participants this year to the possibility of race-based harms– the sort of harms threatening Professor Curry– given the irresponsible response from the Office of the President of Texas A&M.

Professor Leonard Harris works in Purdue University’s Department of Philosophy.  He is also Chair of the Board of the Philosophy Born of Struggle Association. 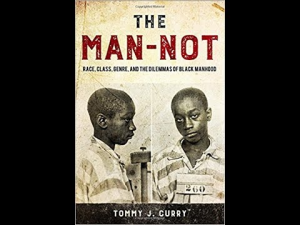 Tommy Curry (Texas A&M University) offers an interdisciplinary examination of how theoretical understandings of Black men and boys, particularly through Black feminist historiography, gender theory, and intersectionality, have failed to match the lived realities of being a Black male in an anti-Black society. Parts philosophical, historical, and sociological, this book traces how Black males through the institution of slavery were denied gender insofar as they were sexualized as animalistic and nonhuman. This process continues today in the stereotypes of the hyper-masculine “Buck” and “Black Macho” or through the supposed advantages afforded to maleness. However, Curry argues that such depictions do not match empirical evidence. Drawing on works around racial misandry and social dominance theory, Curry argues that gendered racism, sexual victimization, and a politics of death result not only in the subordinate male status of Black men and boys but also in their being invisible victims of patriarchal violence. These negative consequences are not due simply to the effects of racism, but are in fact expressions of the disadvantages Black males face because of their maleness.

In addition to presenting sexual evidence buttressing his arguments about Black males being subjugated masculinities due to their maleness (castration, rape not only by being penetrated but also by being forced to penetrate, among other forms of sexual violence), Curry also offers a theoretical formulation of this gendered racism in the figure of the Man-Not. The Man-Not is a genre category in which racial maleness is not coextensive with formulations of patriarchy, because Black males do not share the same gender with Western/White Man. He is not a patriarchal man because he is outside the scope of presumed humanity. Now although some will find this text controversial and seek to dismiss its conclusion and criticisms, I find it a welcomed call to see Black men and boys as worthy of being subjects of study. I look forward to seeing how grounding the Man-Not as a sexualized “zone of nonbeing” will allow Black males a chance to articulate and redefine their own masculinities and formulations of Black manhood. This book is thus a must-read for undergraduates, graduate students and faculty studying the complex intersections of race, gender and class; general readers will also find a challenging but eye-opening introduction to Black Male Studies.

Dana Francisco Miranda is a fourth-year doctoral candidate in the Department of Philosophy at the University of Connecticut-Storrs. His research is in political philosophy, Africana philosophy, and 19th century and contemporary European thought. His current work investigates the philosophical significance of suicide, depression and well-being for members of the Africana Diaspora. Dana currently serves as the Secretary of Graduate Outreach & Chair of Architectonics for the Caribbean Philosophical Association and is a Connecticut Civic Ambassador.

The Senegalese Society of Philosophy (SOSEPHI) has organized an international conference, which will take place 20, 21 and 22 December 2017 in Dakar, Senegal, in celebration of the thought of Souleymane Bachir Diagne. http://calenda.org/411923

Assistant Professor, tenure track, Department of Philosophy and Religion, Appalachian State University.   AOS: Philosophy of Race.  AOC: Ethics.  Applications should be sent to philosophysearch@appstate.edu. The initial review of complete applications will begin November 15, 2017, and will continue until the position is filled. https://philjobs.org/job/show/8598

Assistant Research Professor, non-tenure track, 3-year appointment, UCONN-Storrs.  In conjunction with the Humanities Institute’s multi-million dollar Humility & Conviction in Public Life project on public discourse, the Philosophy Department seeks candidates in each of the following areas: (1) Social Epistemology (including Feminist Epistemology); (2) Social/Political Philosophy; (3) History of Ethics or Political Philosophy (ancient or modern). The department also has interests in candidates who can contribute to understanding how research on language and mind—including work on linguistic, cognitive and affective processes—has implications for public discourse.  Applications are preferred by December 1, 2017: https://academicjobsonline.org/ajo/jobs/10288 or https://philjobs.org/job/show/9042