Philosophy in the Contemporary World: Hipsters and Imaginative Resistance

Hipsters are all around us: drinking their underroasted coffee, sporting funny facial hair and wearing knitted hats. I’m not a hipster myself. But some of my best friends are. And hipsters are definitely overrepresented among philosophers (you’re welcome to name the most hipsteresque philosopher you know in the comments below – I have my own, very strong, candidate).

But what makes a hipster a hipster? What is the essence of hipsterdom? Is it just what they wear and drink? Is it just a passing fashion? I really don’t think so. The best characterization of hipsterdom I know comes from the sitcom Happy Endings: hipsters only like things ironically.

Hipsters do not actually like their vintage cell phones. They only like them ironically. If we want to understand what it is like to be a hipster, we need to understand the reaction these choices aim to trigger.

So the question is: What reaction are true hipsters shooting for when they grow an ironic moustache? My claim is that they are shooting for imaginative resistance. Imaginative resistance has been a fashionable topic in philosophy of mind and aesthetics in the last twenty years. The gist is this: When we read certain stories, we just fail to (or not willing to) imagine what they ask us to imagine.

This is surprising, because we normally have no trouble going along with the wildest fictional utterances, for example, when we read science fiction. But sometimes we just have an odd jerking feeling of something just being off, which prevents us from going along with the story.

Here is a famous and brief example from Ken Walton: “Giselda was doing the right thing when she killed her baby, after all, she was a girl”. When we reach the last words of this sentence, there is resistance to go along with the story: you need to look twice, to see whether you got that right. We experience imaginative resistance. Here is a somewhat longer example from Steve Yablo:

They flopped down under the great maple.  One more item to find, and yet the game seemed lost.  Hang on, Sally said.  It’s staring us in the face. This is a maple tree we’re under.  She grabbed a jagged five-fingered leaf.  Here was the oval they needed!  They ran off to claim their prize.

When we get to the second last sentence, we’re a little bit taken aback. What do you mean oval? Is it five-fingered then or oval? Surely, it can’t be both. Again, you are tempted to go back and read the sentence again. We can and would go along with the wildest crazy and even impossible stories of Bugs Bunny talking and Wile E. Coyote surviving being flattened, but certain (often moral) claims we just can’t swallow.

And we just don’t get what hipsters are up to unless we have a version of this reaction of imaginative resistance to them. Is that guy really wearing a moustache like Captain Hook? Seriously? Why does she have a flip phone that was outdated even ten years ago? Does she think it’s still the 90s? You need to look again, just to double-check. This is very similar to imaginative resistance.

A consequence of this way of thinking about hipsters is that triggering imaginative resistance is getting more and more difficult. We get used to the hipsteresque features and they no longer take us aback. So hipsters need to come up with stronger and stronger fashion statements so that they can still get you to have this imaginative resistance experience.

When all the other hipsters are wearing the long beard/short hair on the side combo, that look will no longer trigger imaginative resistance. 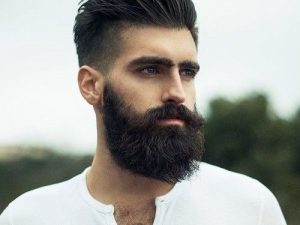 You have to go for something stronger. Maybe the pointy moustache? 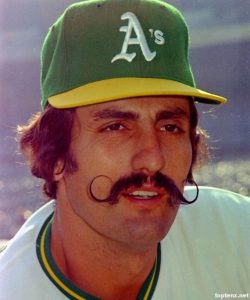 But when people get used to that, you have to push even further. Maybe this? 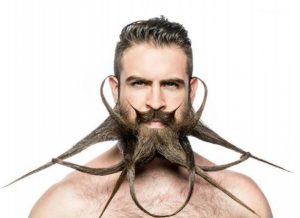 As I said, being a hipster is very hard work indeed and it’s just getting more and more difficult.

A final thought. This whole hipster thing started in the 90s. Innocent times, if we look back from 2017. Bill Clinton, Altavista, Ross and Rachel – life seemed simple. Not much could make you incredulous – we needed hipsters to do so.

But it’s 2017 now. When was the last time you read the news without feeling incredulous? The unimaginable now happens on a daily basis. Anything hipsters can do will look dull compared to an average White House press conference. We live in a world where imaginative resistance is our default reaction. And, frankly, this makes me feel nostalgic for the innocent world of hipsterdom.

Bence Nanay is BOF Research Professor of Philosophy at the Centre for Philosophical Psychology at the University of Antwerp as well as Senior Research Associate at Peterhouse, University of Cambridge. He received his PhD at the University of California, Berkeley and worked at Syracuse University in New York before moving back to Europe. He has published more than 100 peer-reviewed articles on aesthetics and philosophy of mind and two monographs with Oxford University Press (Between Perception and Action, 2013, Aesthetics as Philosophy of Perception, 2016), with a third one (Seeing Things You Don’t See) under contract. His work is supported by a large number of high-profile grants, including a two-million-Euro grant from the European Research Council. He worked as a journalist and film critic before committing to academia.  You can follow Bence on Twitter at https://twitter.com/BenceNanay.

This series, Philosophy in the Contemporary World, is aimed at exploring the various ways philosophy can be used to discuss issues of relevance to our society. There are no methodological, topical, or doctrinal limitations to this series; philosophers of all persuasions are invited to submit posts regarding issues of concern to them.  Please contact us here if you would like to submit a post to this series.

What Are You Reading…On Featured Books at the Pacific APA, Part...

Philosophy in the Contemporary World: The State of Exception, Fifteen Years...