Philosophy in the Contemporary World: Campus Illiberalism as Moral Fundamentalism

This series, Philosophy in the Contemporary World, is aimed at exploring the various ways philosophy can be used to discuss issues of relevance to our society. There are no methodological, topical, or doctrinal limitations to this series; philosophers of all persuasions are invited to submit posts regarding issues of concern to them.  Please contact us here if you would like to submit a post to this series.

Activism gone awry on the Berkeley and Middlebury campuses; “heckler’s vetoes” at MacMaster University and the University of Victoria as well as UCLA; blocked entry to a talk at Claremont McKenna; and an assault accusation at Hampshire College are among many proximate incidents spurring a mile-long list of signatories to Cornel West’s and Robert George’s recent statement rejecting “campus illiberalism.”

What are the roots of campus illiberalism?  An adequate answer must expand the soul-searching in higher education to encompass our wider political culture, even as faculty, students, administrators, and staff recommit themselves with West and George to engaging in discomforting debate and persuasion without zealotry, dogmatism, and groupthink.

From college campuses to town meetings, social networks to news networks, many Americans lament the fact that our current political culture is one in which we offhandedly delegitimize each other’s claims without conscientious consideration.  There’s nonpartisan wisdom in this lament, which seems propitious for toning down prevailing campus caricatures:  student activists aren’t brownshirts, nor are their critics just political lackeys oiling the neoliberal machine.  Such caricatures feed and legitimize what journalist Juliet Eilperin has critiqued as “fight club politics.”

John Dewey observed a century ago in Democracy and Education that when we open up decision-making to diverse voices and standpoints, it becomes more difficult to reject others’ concerns out of hand.  In this way, democratic discourse can operate as a public check, though an imperfect and inelegant one, on exclusivity and kneejerk partiality.  As with the more specific contemporary feminist ideal of intersectionality spotlighted by the Women’s March on Washington in January, Dewey’s idea was that democratic communication maximizes the chance that we might find some mutually workable path forward that respects legitimate interests, evaluations, and identities of different individuals, institutions, and groups.  He eschewed overreliance on top-down expert-driven decisions and championed participatory processes that engage communities in social learning.

Dewey and fellow pragmatist Jane Addams rejected the still-prevailing notion that there are only two alternatives to conservatism as an approach to social action:  the tepid half-measures and sugar of the liberal reformist, or the reactive wand-waving and vinegar of the revolutionary.  If perceiving the need for radical changes makes one a radical, then as Robert Westbrook has observed, Dewey was more radical than the popular depiction of him as the standard-bearer of American liberalism.  Dewey wrote in the middle of the Great Depression that “today any liberalism which is not also radicalism is irrelevant and doomed.”

Yet Dewey’s was a radicalism for grown-ups, those with the courage and patience to secure the “democratic means to achieve our democratic ends.”  Or as Addams earlier made the point in her 1922 book Peace and Bread in Time of War:  “Social advance depends as much upon the process through which it is secured as upon the result itself.”  A distinctive feature of their pragmatic progressivism was insistence on the inseparability of what we mean to do (ends-in-view, in Dewey’s idiom), how we’ve gone about it (means), and what we’ve actually done (ends).  Moral and political intelligence necessitates a feedback loop in which we “dramatically rehearse” alternatives ex ante prior to acting on them irrevocably, then review and revise ex post in light of consequences.

Dewey’s and Addams’s vision of a democratic citizenry consequently depends on conscientious and communicative individuals who have learned to critically step back from reactive habits to forecast how various alternatives will play out.  Of course, to sum up insights of “dual process” research in moral psychology by Jonathan Haidt (2006) and others, this isn’t what we’re known for.  So, is Dewey benightedly mouthing stanzas of a nostalgic hymn?  Is there reason to hope that things can be otherwise than they are?  “What do we do,” Princeton’s Chair of African American Studies and Professor of Religion Eddie Glaude, Jr. asks, “to create the context to become the kind of human beings that democracy requires?”

Our many obstacles to creating this context are thankfully on the radar of student activists, including deeply entrenched cultural practices of racism, xenophobia, jingoism, classism, sexism, and binary assumptions about gender.  But our chief under-examined obstacle is a sort of moral fundamentalism, to borrow a term from Mark Johnson’s Morality for Humans (2014).  As discussion continues on the ethics and politics of free controversial speech, disruptive heckling, and groupthink, moral fundamentalism merits a national spotlight.  A moral fundamentalist—if I may supplement Johnson’s term with work on “wicked problems” in complex systems (e.g., Bryan Norton’s 2015 Sustainable Values, Sustainable Change)—is someone who holds that there’s a single right way to think in advance about moral or political problems, and hence a single correct formulation of, or a single approvable practical solution to, any particular problem.

I sometimes ask my students to share examples of people weighing in on a contemporary issue such as immigration, education, health care, marriage, race, gender, or reproduction.  How many of those folks, I ask, would proudly stand and affirm this:  “There’s a single basis of moral and political life, and this supreme basis determines the right way to proceed.  I have access to this supreme basis.  When others don’t agree with me, it’s because they have the wrong faith commitments or they aren’t analyzing the matter properly.”  “Agreement with me,” they continue, “is a prerequisite to solving our problems.  Consequently, I have nothing to learn about these matters from those who disagree with me.  Their participation is at best an irrelevant distraction and at worst an evil to be defeated.”  They conclude:  “My formulation of the issue at hand has precisely captured all that is morally or politically relevant.  It’s exhaustive, hence beyond revision and reformulation.”

After my students and I swap stories about people who would indeed blithely sign on to this, most of us invariably conclude that those signatories are outnumbered by other folks— conservative, liberal, radical—who would reject this declaration as cocksure arrogance.  Nonetheless, our class conversation continues, do many of us certified broader-minded souls habitually predefine what’s relevant to a moral or political issue without pausing to listen to others?  Do we act as though problems come prepackaged with our singular interpretation of them?  Do we prejudge alternative formulations of shared problems?  Whatever openness we may wear on our sleeves, do we habitually act as if we’re navigating with a universal moral compass while others have thrown theirs overboard?

At this point, shifting uncomfortably in our complicity, my students and I explore the possibility that we simultaneously are and aren’t moral fundamentalists.  Perhaps we’re merely hypocrites, parading open-mindedness while betraying its opposite.  But there’s something more.  Do we suffer from moral jetlag?  Most of the fundamentalist ways we have on hand to think and talk about moral and political life were developed, canned, and pickled on a shelf so long ago that they now lag far behind the complex and heterogeneous problems that our values must speak to.  Meanwhile, confronting problems that demand the sort of fine awareness, moral sensitivity, and rich responsibility that Martha Nussbaum has championed, we’ve arranged our social networks and media communications into a now-infamous “echo chamber” that insulates us from having to learn anything from each other.

It’s popular to cynically chalk up unlovely social and political realities to petty human nature.  But submissiveness does nothing to meet the need highlighted by recent campus turmoil and our wider “culture war,” which is to cultivate better conditions for dialogue, debate, and persuasion so that we can deal more intelligently with widely shared problems.  We can’t create utopias, but we’d be better off if we’d explore how far we can go in creating a shared context in which “my way or the highway” moral fundamentalism can’t thrive.

When we approach morality and politics as a one-way street, those going the right way (us) feel constantly endangered by a majority (them) coming the wrong way.  But the institutional, national, and global cost of maintaining these one-way streets is skyrocketing.  It’s not a cost-effective moral or political infrastructure.  It’s a bitter and perverse irony that the coin we use to pay for moral fundamentalism’s upkeep is a political culture that obscures fundamental features of the troubled systems we’re obliged to navigate.  That’s a tax guaranteed to outstrip our incomes, exhausting our social, political, and natural capital.  What’s needed is a political culture in which we gain a practical footing informed by conflicting claims that may (or, upon communal inquiry, may not) legitimately tug us in incompatible directions.

Among the aims of a liberal cultural education, especially of education in philosophy, are to become more patient with the suspense of reflection, distrustful of tunnel vision, aware of the fallibility and incompleteness of any decision or policy, practiced in listening, and imaginative in pursuing creative leads.  Our debates on and off campus can be more honest, open, collaborative, rigorous, and productive.  We need confidence and resistance without puritanical zealotry, courage in mediating troubled situations without expectation of absolute certainty, frank speech without fatalistic resignation or paralyzing guilt.  We need bold action without moral fundamentalism, activism for grown-ups.

In order to create an authentically diverse and inclusive campus context in which moral fundamentalism can’t thrive, professional philosophers should join West and George in checking resurgent tendencies toward groupthink and dogmatism.  Campus protest and vigorous dissent are a far cry from fanaticism, so long as we leave it to drones to be always automatically certain that they’re in the right.

Our best shot at actually achieving democratic ends is by establishing more democratic conditions for social inquiry and problem-solving.  If we succeed in creating more conscientious campus communities in which moral fundamentalism withers, this won’t entail a lukewarm or hesitating attitude that suppresses resolve to ensure respect and confront oppression.  It will refocus us on the complexity of the situations we confront and help us to make better decisions and policies. 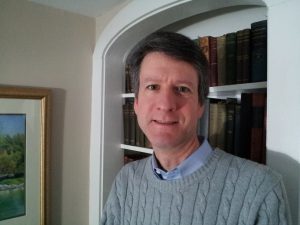 Steven Fesmire is Professor of Philosophy and Environmental Studies at Green Mountain College in Vermont.  He is editor of The Oxford Handbook of Dewey (Oxford University Press, forthcoming 2017) and author of Dewey (Routledge, 2015) and John Dewey and Moral Imagination (Indiana University Press, 2003).

Editor’s Note: Other versions of this article have since been published in The Key Reporter and The Conversation.

What Are You Reading…On Sustainability and Change (Part 2)

What Are You Reading…On Identity and Violence