Lawrence C. Becker is a Fellow of Hollins University, where he taught philosophy from 1965-1989, and Professor of Philosophy Emeritus from the College of William & Mary, where he was William R. Kenan, Jr. Professor in the Humanities and Philosophy from 1989-2001. In retirement, he continues to write at more or less his usual pace, and to teach at a much reduced level.

What excites you about philosophy?

I seem to be in a transitional phase, so I’m not sure excitement is the right term for it.  A line from a Leonard Cohen song comes to mind instead:

The present’s not so pleasant; just a lot of things to do.

But I am filled with anticipation, because I’ve decided to backtrack to what led me into philosophy in the first place.  College was pretty exciting I suppose, what with putting up various pretenses of authenticity and watching them crumble, one by one.  In those days I was deeply attracted to the study of history, literature, psychology, music, theater, and film as well as philosophy, and I was profoundly moved at times by all of those things. I started a literary magazine, wrote some passable undergraduate fiction and poetry, wrote a terrible play (and withdrew it at the first read-through with my actor friends), majored in history, and seriously considered going to graduate school in history, or in creative writing, or in psychology. But I discovered repeatedly that what was most absorbing for me about work in all those other areas was the way they could be connected to, and illuminate, seemingly more fundamental and certainly more profoundly engaging philosophical concerns. So I went to graduate school in philosophy – happily – and until now have rarely looked back. But once I was in graduate school, and after that in a teaching and research position, I became absorbed in doing more and more about ethical theory and less and less about the full range of things that had brought me to philosophy in the first place. Until now. What may happen next is that I give up writing philosophy in a conventional sense altogether. When my desk is clear of what I am doing at the moment, I am going to try to resurrect a fuller, wider range of my original philosophical interests. I have no idea how that is going to work out. So I suppose I could call that a form of excitement about philosophy. Mixed with mild apprehensiveness and age-appropriate caution. 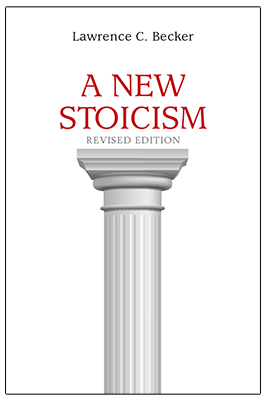 What is your favorite thing that you’ve written?

I can’t decide. But it would have to be one of two of the monographs. Either Reciprocity or A New Stoicism.  In my current frame of mind, the reason would have to be roughly the same in each case.

The reciprocity book has some passable passages of fiction in it and its arguments are grounded in anthropology, social psychology, and law as much as philosophy. The stoicism book also has an experimental literary form and would not have been possible without major advances in Hellenistic studies in the 1980s and early 90s. They both involved prolonged immersive experiences in areas outside my professional competence. 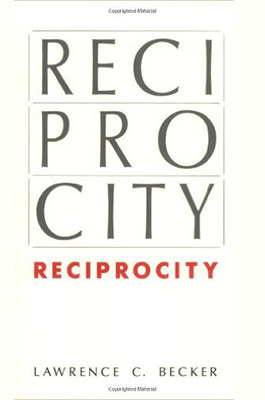 What are you working on right now?

Several things. But the most important one (in the long term) is finishing the work on an open access project. It amounts to assembling two notional volumes of my selected papers covering the years 1973-2017. It’s almost finished, and can be previewed here on my website. I would be interested to hear visitors’ comments on the project, the convenience of the layout, the adequacy of the introductions to various articles, and whether there are any other items from my CV which should perhaps be included. I don’t think so myself at this point.

If you could wake up tomorrow with a new talent, what would you most like it to be?

Having the mathematical ability to understand contemporary physics and cosmology.

Who do you think is the most overrated or underrated philosopher?

If we change the question from ratings to “under and over appreciated” I nominate the recently deceased Russell Hardin as the “most underappreciated” (by people working in ethics).  And that is not because he was my good friend and mentor. He was certainly highly rated by people in political science and philosophy, and he was the editor of Ethics for a while. But in his book Morality within the Limits of Reason, and other writings, he made a powerful case for the necessity of effectively incorporating the strategic dimension of human action in a social world into the foundations of moral and ethical theory. My sense is that the power of this argument has been underappreciated.

Find out more about Larry here.