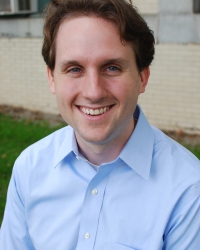 This installment of the early-career research spotlight series looks at the work of Conor Mayo-Wilson. He is an Assistant Professor in the Philosophy Department at the University of Washington. Before that, he was an Assistant Professor at the Munich Center for Mathematical Philosophy and a Postdoctoral Researcher at the Carnegie Mellon University Department of Philosophy. Mayo-Wilson received his Ph.D. in philosophy from Carnegie Mellon University in 2012. His primary research interests are epistemology, philosophy of science, philosophy of mathematics, and logic. His work has been published in Synthese, The British Journal for the Philosophy of Science, and the International Journal of Game Theory.

Nathan: Thanks for agreeing to this interview, Conor. Your work seems to focus on how to best describe scientific problems and concepts (e.g., chaos) in epistemological terms. What about your research and personal interests has led you to focus on these issues? What points of view do you find yourself aligned with/opposed to, and why?

Conor: Thanks for asking, Nathan. We live in an amazing era for epistemologists and philosophers of science; contemporary philosophers can contribute to almost every department around a university. Every month, a new article is published in a leading medical journal that questions methodology for reporting and analyzing data from clinical trials. Psychologists may be encountering a “reproducibility crisis,” and they are in search of advice about how to employ better statistical tools and design more robust experiments. Computer scientists and statisticians face epistemological questions about big data. In short, the demand for scientifically sound medicine, social policy, and business has not only advanced science, it has simultaneously created many novel philosophical and methodological problems.

My goal is to tackle those hard, ill-formed scientific questions using whatever tools that epistemology, philosophy of science, and mathematical philosophy have to offer. For example, in a recent paper, I compare some recent work in chaos theory to traditional discussions of the problem of induction. The bulk of my research to date, however, has focused on how to integrate causal theories in medicine and the social sciences. For instance, suppose one political scientist investigates the relationship between political affiliation, income, and education. Then suppose a second investigates the relationship between political affiliation, age, and ethnicity. How should the two studies be combined to glean the greatest amount of causal information about all six variables?

In all my research, I tend to employ formal tools because (1) mathematical philosophy is a ton of fun!, and (2) it’s what I’m best trained to do. Once in a while, some philosophers find my use of formal tools a bit odd, but I am a pluralist about philosophical methodology. Traditional conceptual analysis, historical scholarship, experimental work, computer simulations, and more can all aid in addressing difficult philosophical problems. So I am “opposed” only to the view that there is a quintessential philosophical method. Philosophy has a rich, diverse history; some of the best philosophers were also biologists (e.g., Aristotle), authors (e.g., Mary Wollstonecraft), and more.

Nathan: Continuing in this theoretical vein, what is the nature of imprecision and chaos? Are they irreducible, or the result of not having the right concepts and equations to determine everything? If it is the former, do you think chaos is a part of the world itself, or of our ideology?

Take chaos theory for example. As I understand its history, chaos theory was originally motivated by problems in physics, and it quickly began to employ tools from a developing area of mathematics called ergodic theory.  Charlotte Werndl convincingly argues that, to understand much of this research, “chaos” ought be identified with a technical condition called “mixing.” It’s hard to define “mixing” without a lot of math, but the rough idea is intelligible if you know what probabilistic independence is. Suppose your friend flips a quarter twice.  Unless you believe your friend has unusual abilities to control coin tosses, learning the outcome of the first toss tells you nothing about the second: you would continue to bet at even odds on heads and tails after learning the first toss was heads. When the outcome of one event tells you nothing about another, probability theorists call the two events independent.

A dynamical system is called mixing if events in its future become increasingly probabilistically independent of the present. For example, suppose I drop some red food coloring into a glass of water.  For the first few moments, you have a good idea where any particular particle of red dye is: all of the red particles are near the top of the glass. Call your favorite red dye particle, “Red”  As the die “mixes” into the water, however, Red could be anywhere, for all you know. Telling you that Red was in the upper part of the glass moments ago tells you nothing about its current location.  The dye’s future is probabilistically independent of its present and past states.

Not all systems are like a dye spreading through water, however. If you learn the position of a pendulum at two different times, you can use Newtonian mechanics to calculate the pendulum’s position at some later time.

Mixing ought to be contrasted with descriptions of “chaos” in art, literature, and film (e.g., in “Jurassic Park” or Ashton Kutcher’s abysmal “The Butterfly Effect”).  There, chaos is often identified with the butterfly effect, which is the idea that small changes in the present (e.g., a butterfly flapping its wings in Texas) could lead to radically different futures (e.g., a storm in Beijing the next day). There are precise definitions of the butterfly effect, but those definitions often employ topology, not ergodic theory. One popular definition, attributed to the mathematician Robert Devaney, was motivated by a pedagogical problem: explaining chaos theory to undergraduates who do not know any ergodic theory.

There are interesting relationships between mixing, on one hand, and topological definitions of “chaos” on the other. One could try to characterize the ideas that the various definitions share, and one could call those commonalities the “nature” of chaos. But doing so would be misleading, in my opinion, for the same reason it would be misleading to say there is a “nature” to university buildings.  Just as research labs and lecture halls address different needs, different definitions of chaos were driven by particular research or pedagogical problems.

Nathan: I’ve read several articles recently about how important it is for scientists to understand complex systems. What applications does your research have for fields like science, sociology, politics, or others?

Conor: One of my other central areas of research, which I haven’t yet discussed, is the social structure of scientific communities. How should scientists communicate with experts in their field and lay people so as to maximize the chance of discovery and minimize the probability of spreading falsehoods? Are diverse research teams better than homogenous ones, and can groups of irrational scientists form rational research communities? I address those questions, and others, in a series of papers in Synthese, Philosophy of Science, and the International Journal of Game Theory. Ultimately, my models of scientific communities are still too simple to inform policy, but I hope that in the future I can make contributions to science policy.

Questions of how to organize scientific research inevitably arise when scientists need to combine theories and data from multiple sources, so my research on amalgamating causal theories is closely related to that on the social structure of science.

Nathan: Looking at your website, I see that you’ve taught numerous classes on modeling and statistics. How responsive are your philosophy students to learning probability equations and other mathematical terms? Are there any pedagogical techniques you particularly like for teaching the philosophy of math to philosophy students?

Conor: In the last few years, I have been blessed to teach great students at three different schools: the University of Washington, the Munich Center for Mathematical Philosophy, and Carnegie Mellon University. Most of my philosophy students are excited, if a bit anxious, to learn some mathematical philosophy. Being a little anxious about math is unavoidable, as many of my students haven’t taken a math class since high school. On the other hand, I also teach a lot of science and engineering students who need to satisfy a writing requirement. Those students are anxious about writing papers.

The best thing to do, I think, is to make students practice certain skills every day. When teaching probability and decision theory, I ask my students to collaborate and work on problems in almost every class. Students in my philosophy of mathematics class, in contrast, write something every day. At the end of each discussion or lecture, I give students five to ten minutes to write a response question about the main themes in the lecture or discussion; this is a technique that Bill Talbott taught me to keep students interested in class.

The purpose of the early-career research spotlight is two-fold. First, the aim is to bring attention to an early-career APA member who is doing some interesting research. Second, the hope is to generate discussion about the spotlighted work. Feel free to ask our spotlighted researcher questions pertaining to the work discussed in the post. Comments must conform to our community guidelines and comment policy.

If you know of an early-career researcher doing interesting work, nominate them for our research spotlight series through the submission form here. Our goal is to cover early-career research from a broad array of philosophical areas and perspectives, reflecting the variety of work being done by APA members.

What Are You Reading…On Sustainability and Change (Part 2)

What Are You Reading…On Violence