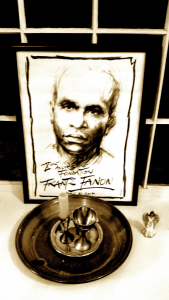 The Frantz Fanon Foundation celebrated its 10th Anniversary in the “2nd Rencontres” of the Foundation. The activity took place on December 8th, 2017 in Paris. Mireille Fanon Mendès-France, daughter of Frantz Fanon and President of the Foundation, opened the event and introduced its main theme: “Fanon aujourd’hui, Penser l’humain” (“Fanon today, thinking the human”).

Lewis Gordon, Professor of Philosophy at the University of Connecticut and Honorary President of the Global Center for Advanced Studies, delivered an eloquent keynote entitled “Fanon’s Revolutionary Philosophical Anthropology of Freedom.” Gordon proposed that for Fanon, human freedom is to be understood as the search for a future in face of multiple challenges. The understanding of these problems necessitates not only an exploration of power dynamics but also an understanding of power beyond models of it as a negative force.  There is disempowerment in oppression and power or empowerment in the formation of collectives that oppose human degradation.  The latter offers transformative conceptions of reality. Neither this new reality nor the process to get to it are perfect, yet it is possible to aspire for the creation of better conditions and for subjects and collectives that are, each time, better prepared to engage in the struggle to create this reality.

There were also four panels and a performance. The first panel focused on Fanon’s view of humanism. Norman Ajari, who teaches at the University of Toulouse II at Jean Jaurès, presented a view of dignity as sovereignty and belonging to land that found echoes and support in Lina Álvarez’s exploration of Fanonian sociogenesis in terms of the organization of space. For Álvarez, who researches at the Catholic University of Louvain, space, in Fanon’s work, includes reference to territory, urban organization, and the conceptual and affective structures that relate to land management and control. Fanon’s “new human” therefore entails the formation of new spatial relations that break away from the coloniality of space in the modern nation-state and related constructs.

The second panel focused on the interpretation of categories of otherness. Here, I argued that Fanon’s conception of the self and the other, and particularly Fanon’s notion that “the black is not a man,” defied mainstream approaches in various disciplines in the human sciences, particularly philosophy, psychology, and anthropology. Hourya Bentouhami (University of Toulouse II at Jean Jaurès) explored the question of liberating freedom and the idea of the human with reference to the action of communities of freed slaves in the Caribbean, also understood as marronage.

In the third panel, which focused on the relevance of Fanon’s thought for geopolitics, Ramón Grosfoguel (University of California at Berkeley) criticized theories of assimilation and multiculturalism, arguing that they both fall short of a serious consideration of coloniality, which Fanon helped to make visible.  University of California at Berkeley’s Hatem Bazian’s presentation on colonial and post-colonial Muslim subjectivities illustrated in a potent form the limits and colonial character of discourses of assimilation and multiculturalism, as he critically engaged the basis for the thesis of wars of civilizations. Dionisio da Silva Pimenta  (Federal University of São Carlos, Brazil) commented on the coloniality of nation-state formation as it is evinced in the cases of Angola and Mozambique, while also identifying decolonial interventions that combine art and new imaginaries of socio-political formation.

In the fourth and last panel, presenters Nacira Guenif (University of Paris VIII), Oscar Guardiola-Rivera (Berkbeck School of Law), and Mireille Fanon Mendès-France offered critical analyses of the Western idea of the universal. Guenif focused on a philosophical critique of universalism calling for its rejection.  Guardiola-Rivera carefully explored views of the universal with reference to literature, while Mendès-France provided a critique of human rights discourse and its supposed universality with reference to the struggle of Afro-Colombian populations today.

The event concluded with a performance that established a creative dialogue between Antonin Artaud and Fanon, and a version of my summary offered here.

Nelson Maldonado-Torres teaches in Latino and Caribbean Studies and Comparative Literature at Rutgers University at New Brunswick.  He is author of Against War: Views from the Underside of Modernity (Duke UP, 2008), La descolonización y el giro de(s)colonial (Universidad de la Tierra in Chiapas, México, 2011), and numerous essays on coloniality and Frantz Fanon.  He is also a former president of the Caribbean Philosophical Association.

The Caribbean Philosophical Association is pleased to announce the 2018 recipients of the association’s Frantz Fanon and Nicolás Guillén awards: 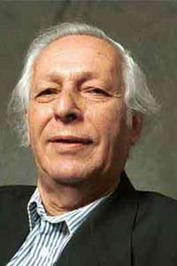 Dr. Samir Amin is without question one of our great living thinkers not only of political economy and theory from the global south but also of emancipatory social change.  The Caribbean Philosophical Association is awarding him the Frantz Fanon Lifetime Achievement Award for this work, which the committee members agree is canonical in what has become known as theories from the global south. 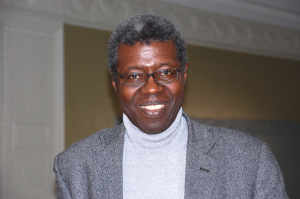 Dr. Souleymane Bachir Diagne, Professor of French Studies and Philosophy at Columbia University, is not only Senegal’s most influential living philosopher but also among the community of outstanding philosophers in the history of logic, Islamic philosophy, philosophy of art, and more.  The Caribbean Philosophical Association is honoring him with the Frantz Fanon Lifetime Achievement Award not only for his contributions as a scholar but also for his extraordinary work as a global ambassador of philosophy, his mentorship of scholars across the globe, and his ongoing efforts to articulate the role of Africa in the history of ideas.

Dr. Conceição Evaristo is one of Brazil’s great living writers.  Articles and dissertations on her work are many, and her inspiration extends beyond South America as her writings receive translations in many languages.  The Caribbean Philosophical is honoring her with the Nicolás Guillén Lifetime Achievement Award for her extraordinary writings, her status as shifting the geography of reason through her articulation of the often-invisible lives of Afro-Brazilians, and her mentorship of activists and writers in and outside of the South American academy. 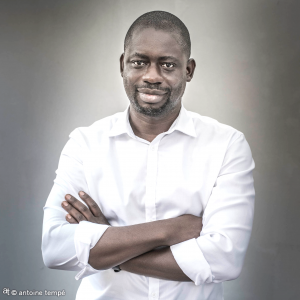 The Caribbean Philosophical Association’s Nicolás Guillén Outstanding Achievements in Philosophical Literature Award is for a young senior scholar or public intellectual of high repute and global impact whose contributions to areas of thought and institutional development are in the spirit of Cuban poet, journalist, and critical cultural critic Nicolás Guillén’s thought. The Awards Committee voted to honor economist, social theorist, institution-builder, and musician Professor Felwine Sarr for his thought-provoking and global scholarship devoted to social change and imaginative rethinking of possibility in the context of contemporary Africa. 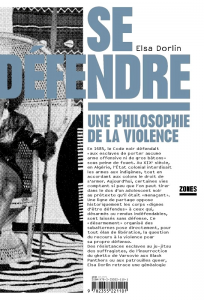 Dr. Elsa Dorlin is Professor of Philosophy at the University of Paris VIII.  A well-known activist whose work extends beyond France to collaborations in West Africa and the Caribbean, her scholarship brings together philosophical insight and experience into a powerful synthesis in this book, which, in the assessment of the referees and the Awards Committee, exemplifies the spirit of the award’s namesake. 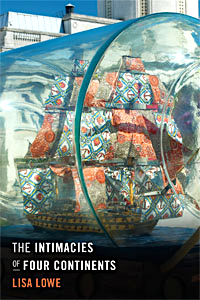 Dr. Lisa Lowe is English and the Humanities at Tuft’s University.   The impact of her book Intimacies of Four Continents is marked not only by the reviews it has received in disciplines ranging from sociology to literature to history but also its influence in studies of colonialism, enslavement, and more.  In the spirit of the Caribbean Philosophical Association’s motto of shifting the geography of reason, the book brings together research from across the global south, where, in the Caribbean context offers a meeting of many continents historically, politically, and intellectually.

The awards ceremony will take place at the annual Caribbean Philosophical Association international conference, which this year will be in collaboration with the Senegalese Philosophical Society.  The conference will take place June 19 to 22, 2018 at Cheikh Anta Diop University in Dakar, Senegal, under the theme Shifting the Geography of Reason: Ways of Knowing, Past and Future.

The summary statements of the awards are available here (for Fanon) and here (for Guillén).

The Teaching Workshop: Diversifying the Syllabus