Black Issues in Philosophy: A Citadel of the Ideal

Faculties at Black colleges and universities or HBCU’s often used philosophical thought to respond to the problem(s) they found to be most prevalent during the times in which their institutions were created.  They also offered possibilities or frameworks for initiating the desired experience of the community they served.

A clear example of this activity can be seen in the historical development of Morehouse College in Atlanta, Georgia. Philosophical instruction at Morehouse College, which did not always occur in the Philosophy department as such, from its beginning, did not consist of specific ideas coalescing to form a particular school of thought. Instead, this instruction or pedagogical style, arising from crises of the moment, focused on creating in Morehouse a citadel, giving its students—predominantly young black men—the space to consider their own notions of the ideal.

Verses to songs are often times written to satisfy a particular rhythm or expand the flow of a melodic representation of an inspirational moment of perception. As such, many verses of song are sometimes frivolous in nature, without meaning beyond a fleeting moment. However, there are other verses to songs that contain breadth of subject matter and depth of conception. These verses are usually remembered, passed to subsequent generations, and even hailed as depicting something significant, even philosophical, about the culture from which they arose; thus their usual depiction as classical. For Morehouse Men, the above verses represent just this type of classical wellspring of culture containing meaning that can be understood to have depth and even be philosophical.

Morehouse may not be unique in this regard, but I present these verses in this space to launch this discussion.

It is my desire to launch a discussion concerning the birth of the fundamental concepts which have defined and become a part of the pedagogies that shaped the tradition that is Morehouse College, while simultaneously demonstrating that individuals struggling against the oppression experienced as a result of being black in America, particularly in the early 1900s, was the impetus of this philosophical tradition.

While many majority institutions of higher education were committed to certain philosophies, which led to the formation of philosophical schools and, to this end, they invested resources to recruit individuals to act upon these commitments, Morehouse could make no such investment that could possibly lead to the creation of a whole department containing faculties with specific philosophies. Morehouse was, however, able to recruit a highly educated, predominantly black male faculty. Having attended many of the top rated schools in the nation, these faculty members came to Morehouse equipped with the philosophical approaches gained from their graduate institutions, but they also came in black skin, which exacted a separate urgency upon there desires to use whatever philosophical approaches in which they were equipped to address the problems of the moment.

A specific demonstration of this birth of fundamental concepts or how these factors came together to form a pedagogical initiative that shaped the students of Morehouse can be found during the John Hope Era. John Hope, the first African American president of Morehouse College (1906–1936) and, later, simultaneously the first African American president of Atlanta University (1929–1936), was the only college president to join W.E.B. Du Bois and William Monroe Trotter, along with other activists, as founders of the Niagara Movement, an organization focused on civil rights for blacks. Hope initially came to Morehouse as a professor of classics but was later unanimously chosen to be the president of the college. He continued to be an activist for the cause of total black freedom and equality, even after accepting the post of president.  In a 1905 article entitled “The Negro Vote in the States Whose Constitutions Have Not Been Specifically Revised,” he wrote,

Hope’s influence, specifically on Morehouse and Atlanta University, and the entire Atlanta University Center, plus black education in general, was enormous.  Mordecai Wyatt Johnson, a student at Morehouse during Hope’s tenure, followed his example while serving as the first African American president of Howard University.  Here are some illustrious alumni from Hope’s tenure:

Benjamin E. Mays and E. Franklin Frazier were also faculty members during that period. It’s not an overstatement of fact to say that the influence of Hope on this group loomed large.

Morehouse College and the birth of the fundamental concepts which have defined and become a part of the pedagogies that shaped its tradition, specifically during the Hope administration, is but one example of how the various philosophies of its faculty and administration were informed by their education in combination with their lived experience of blackness and addressed the problems of the moment. This development was formal and organic. Flexibility was a requisite feature of their pedagogies; therefore the philosophies used to nurture those students were diverse.

There was a realization that racism was a formidable enemy and in many ways it was a shape-shifting creature, constantly adapting and evolving to maintain elements of control. The philosophical ideas existing within Morehouse College helped to create a citadel where students could dream of an ideal future.

Though the struggle continues, people across the globe have benefitted from the ideas, influence, and impact of that citadel. 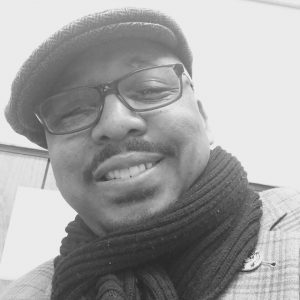 Anthony Sean Neal is an Assistant Professor of Philosophy at Mississippi State University. You can find out more about his book, Common Ground at, www.anthonysneal.com. He recently completed his next monograph, Love Against Fragmentation.

Can Data Help Us Improve the Situation for Women in Philosophy?

The Inclusion Problem in Epistemology: The Case of the Gettier Cases...