Shannon Vallor is the William J. Rewak S. J. Professor in the Department of Philosophy at Santa Clara University. She recently hosted a philosophy Reddit AMA, which is an “Ask Me Anything” question and answer event forum on reddit.com.  I spoke with Vallor about the experience and her top tips for public philosophizing. 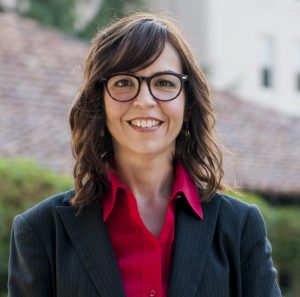 Thanks very much for talking with me about the Reddit AMA which you hosted recently.  Can you explain a little about why it interested you?

Well, my research focus is the ethics of emerging technologies, and I’ve written quite a bit about the ethics of social media, including sites like Reddit. So it was a fitting opportunity for me to use the very technologies I write about in order to talk about my writing!

Can you describe the experience?

I loved it. I don’t think anything can quite prepare you for the speed and intensity of it; I type really, really fast, and I still couldn’t possibly answer all of the questions I wanted to answer, or answer all of them to my own satisfaction, much less respond to all the great contributor follow-ups. As long as you’re willing to accept those constraints and roll with it, I would highly recommend the experience to anyone. At the end I was out of breath even though I’d just been sitting on the couch for two hours. I was also incredibly energized and exhilarated.

What sort of people were engaging with you?

It’s often not easy to know, but I got more than a few questions from philosophy undergrads and graduate students looking for advice about pursuing graduate study and/or careers in philosophy. I got a lot of questions about how to navigate various political and methodological minefields of our discipline (such as the analytic/continental divide, and the barriers to applied or public-facing philosophy) that can make it harder to pursue really ground-breaking, original, or cross-disciplinary research interests.

What were the most interesting questions?

/u/willbell asked a great question about how my early background in classical phenomenology has informed my more recent work in applied ethics. As I said in my response, this is something that has been on my mind for quite a while; I see in my mind’s eye certain important connections between phenomenology and virtue ethics that I just haven’t had the time or mental tranquility to make fully explicit. I know some phenomenologists such as John Drummond have been working on similar connections but I really would like to take my own stab at it; in particular, I think the key is not in Husserl directly, but in Merleau-Ponty’s later treatment of perception and the ‘flesh,’ specifically perception as a form of embodied, affective, habitual yet highly modulated responsiveness to the world. But it will take a very long sabbatical for me to be able to work this out to any substantive degree.

Were there any surprise questions?

I think the question from /u/apophantic about how to ground a conception of human flourishing, and how universal that concept can be, was certainly not a surprise to me, but definitely one of the most challenging questions that I often hear in response to my book. I do a lot in the book to try to answer it, but I could easily devote an entire book just to the attempt to justify and fill out a meaningful concept of human flourishing. Fortunately, people like Martha Nussbaum, Julia Annas, and many others have done more useful work here that I can and do build upon.

Were there any major themes that emerged?

Certainly there was significant interest in my comment on the analytic/continental divide and how that continues to plague the field. There was also a lot of interest in the intersection between philosophy and policy (in this case, technology policy, but the concern is broader), and how philosophers can be useful and effective in shaping good public policy.

There were quite a few questions on the ethical risks and philosophical questions raised by AI.  I think this happens to be a hot topic in the media at the moment but also grossly misunderstood, and I think the natural curiosity of the public about this issue is not always well served.  I have found myself trying to do more work in this area to correct common misconceptions about the ways in which AI is most dangerous, and potentially most beneficial.

Participants on Reddit can be anonymous – did you find it to be more liberating or problematic?

I was fortunate not to encounter any problems with it; given that ethics of social media is one of my research emphases, I know all too well how online anonymity can foster abusive or harassing commentary. But I didn’t really encounter any of that, although I was prepared for it. Certainly the majority of Redditors do not abuse their anonymity, and anonymity can indeed be liberating – especially in contexts where differential power structures have undue influence over people’s status and security. This is true of, say, authoritarian regimes, but it is also true of the current state of the academy! In particular, the profession of philosophy needs regular, healthy doses of self-criticism, and students and untenured philosophers (i.e., the vast majority of working philosophers in academia) are an important source of such critiques; but without anonymity most would have good reason to fear being heard.

What do you hope will be the outcome of philosophy Reddit AMAs – both for the hosts and for participants?

As I noted above, I think the most unique opportunity presented by Reddit AMAs is the chance for users to speak openly about philosophy and ask philosophers pertinent questions that in other contexts (such as academic conferences or guest lectures) might raise some eyebrows, invite hostile or punitive responses, or be seen as unhelpful digressions from the main event. The playing field is more level on Reddit and the boundaries of discussion more diffuse, and while that can produce some chaos and confusion for hosts and participants alike, it can also be a healthy remedy to the discipline’s more rigid and hierarchical tendencies.

I also think it can be a refreshing break from the more staid routines of philosophical discourse. When I give a public talk, by now I can pretty well predict the general form and substance of most of the questions. That’s not exactly great for keeping my own philosophical skills sharp. But after the AMA I felt intellectually exhausted AND invigorated; the speed, volume, and unpredictability of the exchanges really test you, in the best way. And I think participants get the benefit of a more spontaneous conversation. As long as the host is willing to accept the inherent risk of the format, and not give sterile, canned responses, it can be a lot of fun on both sides.

What are your top 5 tips for philosophers engaging in public philosophy, such as the Reddit AMA?

Shannon Vallor is the William J. Rewak, S.J. Professor in the Department of Philosophy at Santa Clara University in Silicon Valley, and President of the international Society for Philosophy and Technology (SPT). She is the author of Technology and the Virtues: A Philosophical Guide to a Future Worth Wanting (Oxford University Press, 2016).

If you have an idea for a blog post or interview, let us know here.

On Asking Dangerous Questions About Spinoza