S. Matthew Liao recently hosted a philosophy Reddit AMA, which is an “Ask Me Anything” question and answer event forum on reddit.com.  I spoke with Liao about what it was like, tricky questions, and tips for public philosophizing. 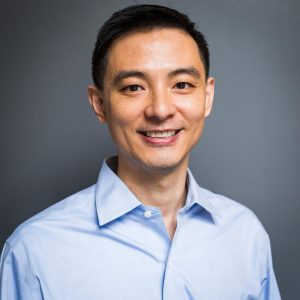 Thanks very much for talking with me about the Reddit AMA that you hosted on ethics of reproductive technologies, neuroethics, human rights, and normative ethics.  Can you explain a little about how you became involved with the AMA, and why it interested you?

Joy Mizan, a Marketing Manager at Oxford University Press, suggested my name to the Reddit philosophy board moderators, who then got in touch with me.  I was excited to participate because it seemed like a good opportunity to engage with the public and to let them know what some philosophers are up to these days.

Can you describe the experience?

It was a very enjoyable the experience.  The first thing I had to do was pick out a time for the AMA.  Apparently, the highest traffic day for Reddit philosophy is Wednesday, so that’s what I picked.  In preparation for the AMA, I was then asked to provide a short blurb of myself and about 4-5 pieces of my research, which can be articles, interviews, op-eds, blog posts, videos, etc.  Understandably, they suggested sending things that would be easier for a non-philosophical audience to digest such as op-eds and short articles. Joy Mizan at OUP also very kindly made the introduction to my new book, Moral Brains, freely available.  About a week before my AMA, the Reddit philosophy board moderators created an announcement thread where people could post questions before the live Q&A.  They also gradually posted the various articles and op-eds that I had sent along on separate threads to promote discussions.  On the day of the AMA, I was asked to respond first to questions that had been posted before the live Q&A.  I then spent about 4-5 hours responding to the other questions, even though I had the option of leaving after an hour, as I was enjoying the conversations!

What sort of people were engaging with you?

As far as I can tell, it was a diverse audience.  Some appeared to be students thinking about going to graduate schools in philosophy, as they asked me for advice about studying philosophy and neuroscience at the graduate level.  Others were graduate students who had specific questions about some aspects of my work.  There were some who were quite knowledgeable about philosophy as they knew about Peter Hacker’s work, for example.  One individual attended the ethics of artificial intelligence conference that I co-organized at NYU in the Fall 2016.  And apparently, there was someone I knew from junior high school in Ohio, though I couldn’t tell who the person was from the username handle!

What were the most interesting questions?

One memorable exchange had to do with my account of moral status.  My view is that if a being, X, has the genetics/physical basis for moral agency, then X is a rightholder.  An advantage of this account of moral status is that it’s not speciesist.  For example, in my view, if we were to find out that chimpanzees have the genetic basis for moral agency, then they would be rightholders.  During the AMA, I suggested that there is some evidence that chimpanzees exhibit proto-moral behavior in certain situations, e.g., chimpanzees have been known to save animals that are not of their own species.  Interestingly, someone pointed out that there are reasons to be skeptical of this evidence.  According to this person, Michael Tomasello’s new book, A Natural History of Human Morality, apparently offers evidence that suggests that morality is a human innovation and that the primate behavior does not reach the level of proto-moral behavior.  I didn’t know about Tomasello’s book so I’m excited to look into this further.

Were there any tough, tricky, or surprise questions?

There was a question about whether morality can have an adequate foundation if there isn’t a God to set the standard.  I don’t do work in theology so this is out of my wheelhouse.  The person also mentioned though that his or her teacher wouldn’t answer this question when asked.  As the question seemed like a legitimate question to me, I thought that I should at least to attempt to answer it.  I inferred that the person seemed to believe in objective moral truths, so first I offered examples of mind-independent truths such as the idea that all human beings are rightholders and have equal moral status, and I proposed that such moral truths may not need God’s endorsement to be true.  I then mentioned the famous dialogue in Plato’s Euthyphro, where Socrates asked Euthyphro whether the gods loved the pious because it is pious or whether something is pious because it is loved by the gods, and I suggested that in a similar manner one could also ask whether we are rightholders because God said so, or whether God would say that we are rightholders because we are in fact rightholders.  I noted that in fact some natural law theorists have argued that since God has endowed us with a reasoning faculty, the best ideas that we develop through our reasoning faculty would, on this view, also be ones that God would endorse, to which the person responded, “That is exactly what I was looking for. Thank you very much!”  I was glad to be able to offer an answer that this individual found satisfactory!

What were the major themes that emerged?

Many aspects of my work, from reproductive ethics to neuroethics, to human rights and children’s rights, and to normative ethics, all came up during the AMA.  A number of people were quite interested in whether neuroscience has any normative significance for philosophy.  Other people saw my TEDx talk about erasing traumatic memories and asked questions about whether we might have a duty to remember.  One individual was particularly interested in whether we should license parents on consequentialist grounds in order to prevent abuse of children.

Perhaps because Joy Mizan had made the introduction to Moral Brains available and because this was the most substantive piece I had sent along, I received many questions about the neuroscience of morality, in particular, whether one can use neuroscience to move forward and/or settle the debate between consequentialism and deontology.

Participants on Reddit can be anonymous – did you find it to be more liberating or problematic?

Everyone asked questions in a very respectful manner.  So the anonymity was not an issue.  As I mentioned earlier, one person self-identified as someone I knew from junior high school, though the person did not reveal who he or she was.  It would have been fun for me to learn the identity of the individual.

What do you hope will be the outcome of philosophy Reddit AMAs – both for the hosts and for participants?

Again I really enjoyed the experience and I’m very glad that more and more philosophers are engaging with the public through op-eds, video interviews, blogs, and other public forums.  I think the public really appreciates our taking the time to share our work with them and I hope that more and more our profession will encourage and recognize the importance of such public outreach.

What are your top 5 tips for philosophers engaging in public philosophy, such as the Reddit AMA?

Are we better off giving up the myth of perfect rationality?

French, German, Greek, Latin, but Not Arabic, Chinese, or Sanskrit?