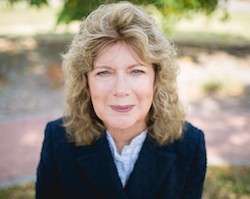 Over the next couple of weeks, we’re going to be posting audio (and text) of some public addresses from the previous two years APA divisional meetings.  We previously posted audio from the 2016 Eastern division APA (here and here), as well as from the 2017 central division APA (here), but as we approach the new year, we’re planning to post all of the remaining lectures that we’ve recorded, starting today, with Linda Zagzebski‘s Presidential address, and continuing tomorrow with the 2016 Central Division Dewey Lecture by Charles Mills.

Professor Zagzebski’s Presidential Address was titled “The Dignity of Persons and the Value of Uniqueness”, and the full text can be found here.

APA membership includes many exclusive benefits. To get access to these benefits, join or renew today! Proceedings and...
Read more
APA

Paper length and limitation to one submission APA members may submit papers to the program committee of...
Read more
APA

About the Pacific Division

The Pacific Division is one of three divisions of the American Philosophical Association, along with the Central and Eastern Divisions. Each year, the division organizes...
Read more
APA

History of the APA

The American Philosophical Association was founded in 1900 to promote the exchange of ideas among philosophers, to encourage creative and scholarly activity in philosophy,...
Read more
APA

The American Philosophical Association is pleased to announce that Professor Kristopher McDaniel (Syracuse University) has been awarded the 2018 Sanders Book Prize for his...
Read more
APA

Results of the Recent APA Elections

Over the last few months, members of the APA elected new divisional officers, a new at-large member of the APA board of officers, and...
Read more

APA signs on to MESA statement about Turkey